Following the publication of my book The Pursuit of Power: Europe 1815-1914, volume 7 in the Penguin History of Europe, in September 2016 in the UK and November 2016 in the USA, I will be working on publicity and events connected with the book well into 2017, as well as collecting errors and typos and forwarding them to the publisher. There are several foreign-language editions in the pipeline, including Chinese and Japanese, Dutch, Greek, Italian and Spanish. The English-language paperback should be appearing in October 2017.

My major publishing commitment after this is Eric Hobsbawm: A Life in History, to be published by Little, Brown in the UK and Oxford University Press in the USA. This is a full-scale biography based on exclusive access to Eric Hobsbawm’s papers, which are partly in the possession of his family, and partly housed at the Modern Records Centre at the University of Warwick. The project has the full support of Marlene, Julia and Andy Hobsbawm and Eric Hobsbawm’s literary executors, though it is in no sense an ‘official’ biography. The basic approach is to discuss the life and the works, and in particular to focus and bring out the links between the two, and it is outlined in my biographical memoir of Eric Hobsbawm published in Biographical Memoirs of Fellows of the British Academy, XIV (2015), pp. 207-260 and excerpted in British Academy Review: 27 (2016), pp. 22-24.

The Leverhulme programme grant on which I am Principal Investigator, Conspiracy and Democracy, will come to an end on 31 December 2017, and I am preparing two books that will emerge from the project. The first, which is well in hand, is tentatively entitled The Hitler Conspiracies: Conspiracy Theories and the Nazi Dictator. The aim is to use the topic to discuss various kinds of conspiracy theories and more generally the relationship of these theories to dictatorship and democracy: they will include the Protocols of the Elders of Zion, the Reichstag Fire, the flight of Rudolf Hess, the actual conspiracy to assassinate Hitler in 1944 and the theories that surrounded it, the supposed escape of Hitler from the Berlin bunker to Argentina in 1945, and the emergence and development of Holocaust Denial – not an exclusive list by any means.

More tentatively I plan a short book called Conspiracy: Real and Imagined, Past and Present, which will present the overall findings of the project, or at least my take on them.

Otherwise I shall continue reviewing for the London Review of Books (provided the Editor continues to commission work from me) and at an appropriate point publish these lengthy essays in a collected volume focusing either on Nazi Germany or on World War II. 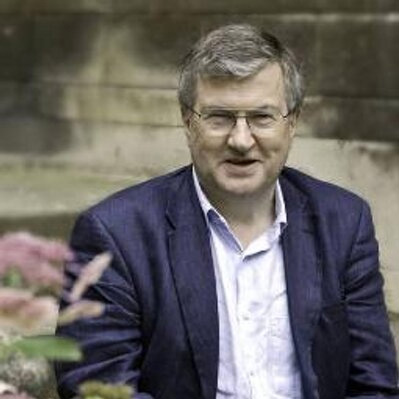 Ask me a question?